Working with Leah and Connective Theatre Company on Me Too Monologues was incredibly impactful and inspiring. Leah approached every actor interaction, directorial choice, and the entire collaboration with such care and dedication. It is abundantly clear her how much she cares about her work and her own growth in these spaces. Leah ensured that the writing workshops and rehearsals were all bright and positive space while working with a challenging and activating topic. She consistently shaped a welcoming space that allowed for safe exploration and healing from every member of the company while putting an important conversation at the forefront for audiences. As a new staff member at Awakenings, this was my first experience with a programming collaboration, and Leah was truly a fantastic partner for us all to have through this process.

Question: How has art impacted your healing journey?


Answer:  Art has helped me make meaning out of my experiences. I am a firm believer that things do NOT happen for a reason. There was no reason these things happened to me, but I felt I had a choice in what came out of that violence. I created Me Too Monologues as a way for me and fellow survivors to find clarity and healing through telling our stories in performance, and to help audiences better understand the issue of sexual violence. Using art to create a small difference in my college community (and later on in Chicago with the help of Awakenings!) helped me to feel like my story and my experiences mattered. I also began to train as an intimacy designer to try to make the stage and screen safer for actors. One of my experiences with violence occurred during an acting class, so becoming an intimacy designer and knowing I could help prevent similar situations from happening to others gave me a huge sense of empowerment.

Q: What do you hope people who see or experiencce your art walk away with?


A: I hope people who experience my art leave inspired to create their own art!  Theatre has had such a positive influence on my life, and I would love for others to see my joy in art and seek it out for themselves.

Q: How did you find Awakenings?

A: When I proposed Me Too Monologues to be produced with Connective Theatre Company, I wanted to partner with a local organization that works with and for survivors. A fellow CTC ensemble member had gone to a writing workshop at Awakenings and told me all about the organization. I visited the gallery, reached out via phone call, and the rest is history!

Q: What has your connection to/relationship with Awakenings been like?

A: Over the course of about five months, I worked with Jeri Frederickson and Awakenings to plan and produce Me Too Monologues. Once we began, Jeri led writing six workshops with the cast, which resulted in group pieces and monologues focusing on the experiences of survivors. My assistant director and I then helped the cast turn these pieces into a multimedia art performance, which was held at Awakenings for a three-night run. It ended up being a really fruitful partnership that helped the project grow to its fullest potential and become much more impactful than I could have imagined with Connective Theatre Company alone!

Q: Why do you think the mission of Awakenings is important? How does making visible the artistic expression of survivors impact our community at large?

A: I feel that when sexual violence is discussed on the news or depicted in the media, the focus tends to remain on the perpetrator and the act of violence itself rather than the survivor and the healing journey behind the violence. Awakenings helps to change this focus by giving voice to survivors and allowing them to take control of their narrative through art. I believe all forms of art create an unshakable connection between the artist and the audience. When we as a community start to make this connection and see survivors as individuals, as human beings, we start to better understand violence, its causes, and its impact. I believe this increased understanding is the key to creating change in our community and ultimately ending the epidemic of sexual violence.

Leah is an actress, director, and intimacy designer from Columbia, Missouri. After graduating with a degree in Theatre Performance from the University of Missouri, she moved to Chicago to pursue acting and a meaningful career in the arts. Last year, she became a founding member of Connective Theatre Company, where she has served as an actor, intimacy designer, and most recently directed Me Too Monologues. This summer, she was in Millennial Bears at Second City, and this holiday season you can catch her performing at Winter Wonderfest on Navy Pier! 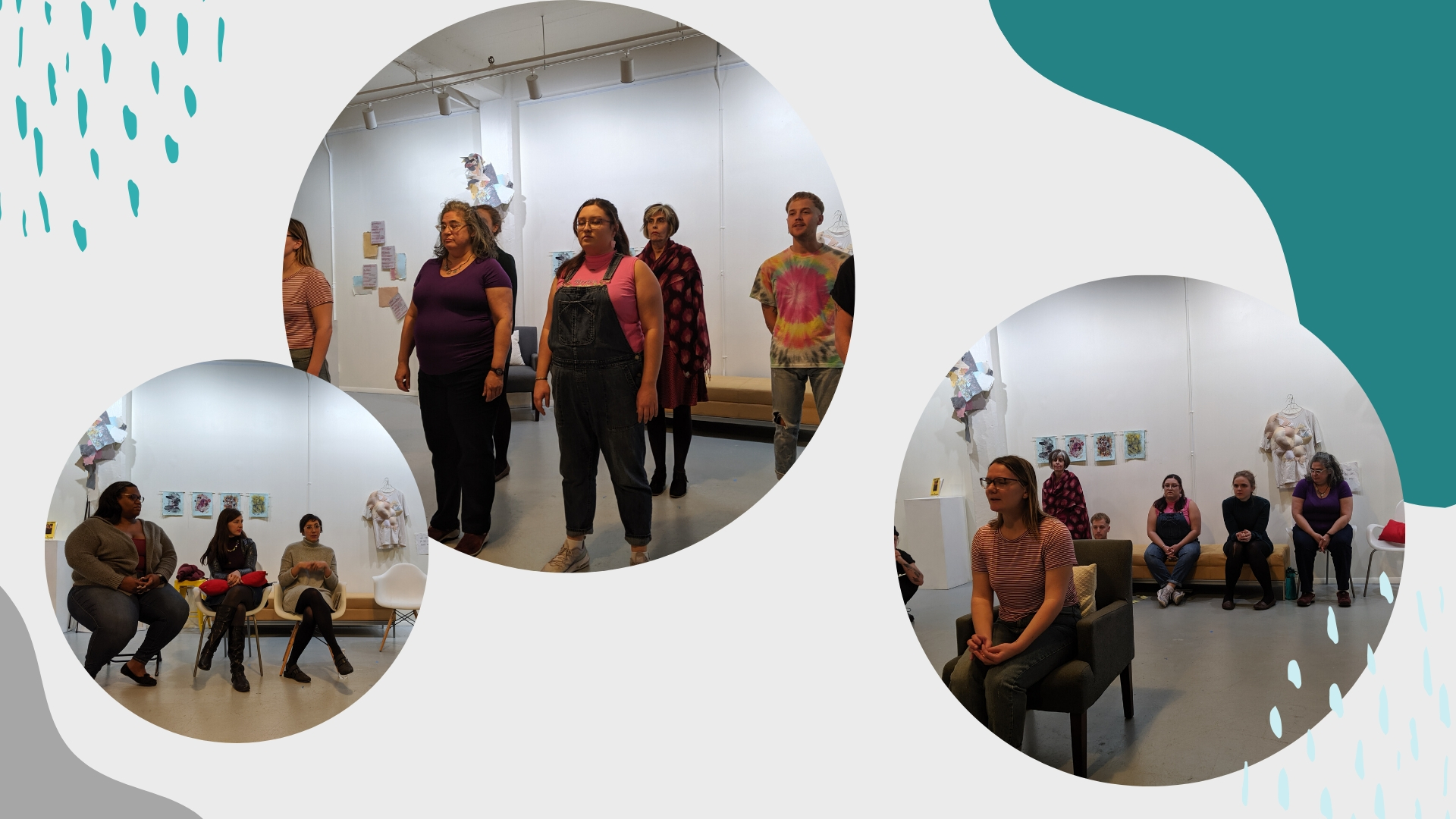 Photos from ME TOO MONOLOGUES. Created and Directed by Leah Huskey. Presented in collaboration with Connective Theatre Co.